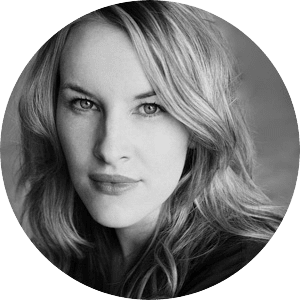 Kate Mulvany OAM (2015 – 2016) – an award-winning actor, playwright, dramaturg, screenwriter and writing mentor, who has appeared in Bell Shakespeare productions of Tartuffe, Macbeth and Julius Caesar.  Kate’s performance as Richard of Gloucester in the 2017 Bell Production of Richard 3 saw her win multiple performance awards.  Her own plays include Masquerade, Medea, Jasper Jones, The Seed, The Mares and an award-winning adaptation of Ruth Park’s The Harp in the South trilogy for the Sydney Theatre Company.  Kate has also received the Sydney Theatre Company’s Patrick White Fellowship, the Sydney Myer Performing Arts Award, and was awarded a Medal of the Order of Australia in 2020 for her contribution to the Arts.  Kate is an Ambassador of MiVAC (Mines, Victims and Clearance) who lend support to communities in South-East Asia who are still affected by land mines and dioxin.  Kate lives and works on Gadigal Land and gives thanks and respect to the Traditional Custodians of the land.

Space, time and freedom to write and research Australian stories that demand quality time be spent on them.

Having Intersticia team up with Bell Shakespeare to house my development meant that I was immersed in the everyday runnings of a magnificent theatre company. I was surrounded by supportive administrative and creative staff, which instilled a drive and ambition in me that I wouldn’t normally get if I was just writing alone from home. Also, the fact that Intersticia reached out and took the time to support me financially inspired me to keep on keeping on, and endeavour to “pay it forward” – to make sure that I am always there to mentor those that need me the way that Intersticia have for me.

How did you imagine your Fellowship will impact on your personal and professional growth in the next chapter of your life?

My Fellowship allowed me to get a head start on a lot of new projects – many of which have either been produced or are about to be produced on the stages and screens of Australia. They have allowed me to explore the stories I feel are important to tell and share them with audiences across the world. This is a wonderful gift to my personal and professional development – it instills confidence, drive and determination.