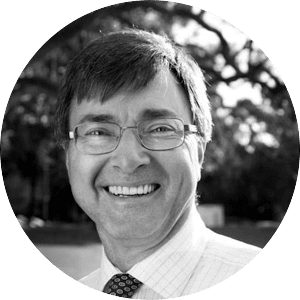 Born and educated in the UK. Started work with a French Commodities trading house, Sucden in 1981 before being transferred from the London office to Bordeaux, France in 1982 where he worked for 3 ½ years before returning to head up the London office

In 1988, after a business trip to Sydney, James realised there was a better way to live life so he emigrated to Sydney Australia to help run a Cocoa and Coffee trading business based predominantly in Papua New Guinea. It was while living in Sydney that James met and married Alison.

In 1993 James returned to London to work after the PNG business struggled due to the uprising in Bougainville, where the business owned plantations, factories and stock and the volcanic eruption in Rabaul where the company also owned assets and stock.

From 1993 to 2001 James worked first for a Cocoa broking partnership that was then taken over by a large German metals trading business which was subsequently taken over by Enron.

In June 2001 James and his growing family returned to Sydney and said good bye to commodities and launched his new career as a financial advisor and coach. Initially starting out on his own he created his company Total Clarity Group in 2009 which now employs 8 people. The business has evolved into an advisory company working hand in hand with its clients.

The at Total Clarity Group is all about the clients leading the life they want as we steer them through the financial minefields they encounter while keeping them accountable to their personal goals. In addition to his family and work James’s other great passion is Real Tennis which he learnt to play while living in Bordeaux and he is currently working on getting a new court built in Sydney. 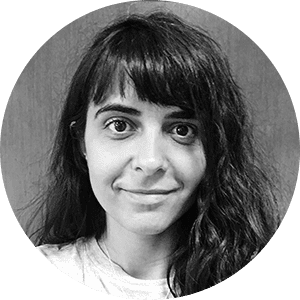 Berivan is studying for a PhD at the University of Leicester in the United Kingdom, where her research focuses on the search for life (or its remains) on Mars. Berivan recently undertook a three-month Science Policy Fellowship with the UK Government’s Parliamentary Office for Science and Technology (POST), based in Westminster. During this time she led the research and writing of a report, (a POSTnote) on the topic of ‘Remote sensing and machine learning for environmental monitoring”.

The Fellowship allowed me to focus my energy and attention entirely on my PhD project rather than its funding, especially during the crucial first year as I transitioned into the program and developed the questions which would provide the critical framework for the next few years. The Fellowship, especially conversations with Anni (one of the founders), also helped me enter this stage in my career with a greater sense of balance and a vision for what I wanted this experience to be. With the support of the Fellowship, I feel that I am proactively creating/curating my professional experiences rather than reactively being pulled along by them.

At this early stage, the Fellowship has broadened the landscape of questions for me. Questions like, what does leadership mean for me? And, how might I want to develop those leadership skills moving forward? Through contemplation of these questions, the Fellowship has developed my confidence in viewing myself as a leader. I have had time to think mindfully about myself in a leadership role and the ways in which I might pursue different kinds of leadership as a long-term endeavour. The Fellowship has also given me a support network of international and interdisciplinary peers, with a rich set of experiences that I can turn to with regard to leadership questions moving forward.

How do you imagine your Fellowship will impact on your personal and professional growth in the next chapter of your life?

While I cannot predict the impact that connections forged by the Fellowship might have on my future, I am excited to be a part of this community. The values that drive this Fellowship are a force for good in the world. The immediate impact of being part of this community is most evident after meetups and discussions I have with Fellows and Intersticia Founders. Following these meetings, I feel motivated and eager to put new insights into action and to further explore those which are less clear. I feel supported and inspired to support the other Fellows, to work together and to be open to opportunities for future collaboration. 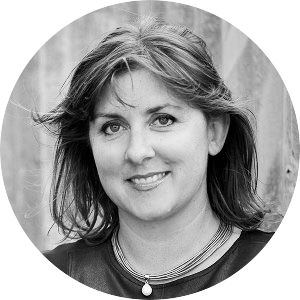 Sam Crock knows a thing or two about change.

Hailing from a farm in rural Victoria, Sam wanted to do more than marry the local football hero. So she studied music at university, playing in a variety of orchestras and ensembles and developing her exceptional ability to ‘tune in’ and respond to other people’s behaviour.

Sam had always had an itch to teach others, so she went back to university to study Education. After a stint as music director at a large secondary school, Sam decided to apply her educational talents to the business world by taking up a position at the prestigious Melbourne Business School.

During her seven years at the MBS, Sam designed and developed executive leadership programs that helped strengthen links between corporate Australia and the academic sector. Her creativity also got a run, including an innovative collaboration with the Bell Shakespeare Company that used Shakespeare’s plays as inspiration for leadership lessons.

Sam’s career-defining moment came during an intensive training course in team dynamics at London’s renowned Tavistock Institute. It was here that Sam’s eyes were fully opened to the immense power of groups and the importance of a healthy team to first-class performance.

Working for the Graphic Arts Merchants Association of Australia and Somersault Consulting gave Sam plenty of chances to utilise her group smarts and coaching skills. But it wasn’t until she co-founded Changeable Consulting with long-time collaborator Georgina Banks that the two of them perfected the personal, relationship-focused approach they use today.

Sam’s business acumen, creativity and educational flair make her the ideal person to drive organisational change. Her down-to-earth attitude instantly puts employees at ease, while her practicality and willingness to nudge people out of their comfort zone ensures change is significant and long-lasting.

Sam also volunteers as a director of the Intersticia Foundation, a philanthropic organisation dedicated to supporting new ideas from concept to reality. In her (somewhat limited) free time, you’ll probably find Sam making artisan cheese or getting her boots dirty on the sustainable farm she manages with her husband. 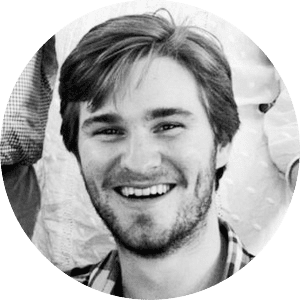 Locky graduated with a Bachelors degree in Media Screen and Sound from UNSW in 2017. He is passionate about music and film and hoping to form a career in the production side of the creative field. 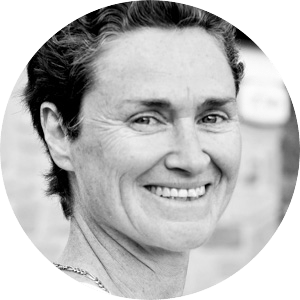 Anni is fundamentally an observer and practitioner of Web Science and a passionate advocate for digital literacy and fluency.

In her early years Anni lived in Melbourne, Sydney, Paris and London. She worked in various roles at the Sydney Opera House, the National Theatre of Great Britain, the Royal Opera House Covent Garden, the Julian Ashton Art School, and the Australian Opera. She served as Research Officer to Hon. Peter Collins QC MP, then NSW Minister for the Arts, which afforded her the opportunity to contribute towards the encouragement and support of the arts at a strategic policy level.

In 1990 Anni went to live on a cotton and grazing property near Narrabri, NSW, during which time she worked with both the Moree Gallery Foundation and Yurundiali Aboriginal Arts Co-Operative, with a focus on business planning and community development. In 1993 Anni returned to Sydney and became Executive Director of the NSW Division of the Institute of Public Administration, whilst simultaneously developing Intersticia as a consultancy in new media strategy and education in the early days of the World Wide Web.

From 1996 to 2004 Anni juggled young children and her role as Executive Director of GAMAA, the association for suppliers to the graphic communications industries. During this time Anni undertook research into the impact of digital technologies on graphic communications (as part of Print21); created the PrintEx exhibition in Sydney, and developed an international industry network.  Her most important work though was with Sam Crock and John Urbano in creating the GAMAA Leadership Programme which sought to develop emerging leaders for the World’s third largest industry and the first to  undergo major upheaval due to the impact of digital information technologies.

In 2004 Anni was engaged by Fuji Xerox Australia as Industry Marketing Manager and subsequently as a new-media consultant. During this time Anni initiated Fuji Xerox’s research into the future of the Web which involved the management and undertaking of two Australian Research Council funded projects: the first focused on the impact of semantic technologies on printing and publishing; the second developed this further by investigating the practice of Sustainability Reporting (see www.circlesofsustainability.org). In addition Anni was instrumental in connecting Fuji Xerox Australia with the globally recognised Xerox Innovation Group as an Australian based research organisation in its own right.

In 2009 Anni began her collaboration with Peter Thompson at ANZSOG (the Australian and New Zealand School of Government) to integrate digital socio-technical concepts (now recognised as the Social Machine) into the Managing Public Communications Executive Programme.  This led to a series of workshops co-created with Leanne Fry which sought – with limited success – to develop some Digital Literacy within senior managers of the Australian Public Service.

In 2012 Anni met Professor Dame Wendy Hall and so began a partnership that resulted in two ANZSOG funded research projects (1) Government as a Social Machine, articulating the role of Government within a Social Machine ecosystem; and (2) Developing an Australian Government Web Observatory, both of which linked Australia in to the global Web Science research community.

The most important result of this collaboration however was the creation of Brave Conversations (assisted by Leanne Fry, Ibrahim El Badawi and Bel Campbell) which has now been held around the World, both face to face and from 2020 Online, as a forum to connect Web Science research to everyday life in practice.

Since 2013 Anni has worked with the Web Science Trust as an Advisor and Trustee helping to promote and develop Web Science internationally.

In 2015 Anni began working with Tris Lumley and New Philanthropy Capital as a member of the Steering Committee of their Digital Transformation Programme and since 2016 has been delivering workshops and lectures in an effort to help Boards, Senior Leadership and Management Teams become more Digitally Savvy. These workshops complement Brave Conversations and are now being expanded to a series of Digital Gymnasia held globally online.

In 2013 Anni and her family formed the Intersticia Foundation in Australia and shortly thereafter Intersticia UK.

She is currently a Governor and Fellow of Goodenough College and a Fellow of the Royal Society for the Arts. She is also a member of the Greenleaf Center for Servant Leadership, the House of Saint Barnabas, the Sydney Ski Club and the Royal South Yarra Lawn Tennis Club.

In 2019 Anni was appointed a Non-Executive Director of the Social Change Agency UK and Founders and Coders UK and in 2020 to the Advisory Council of Code for Australia.