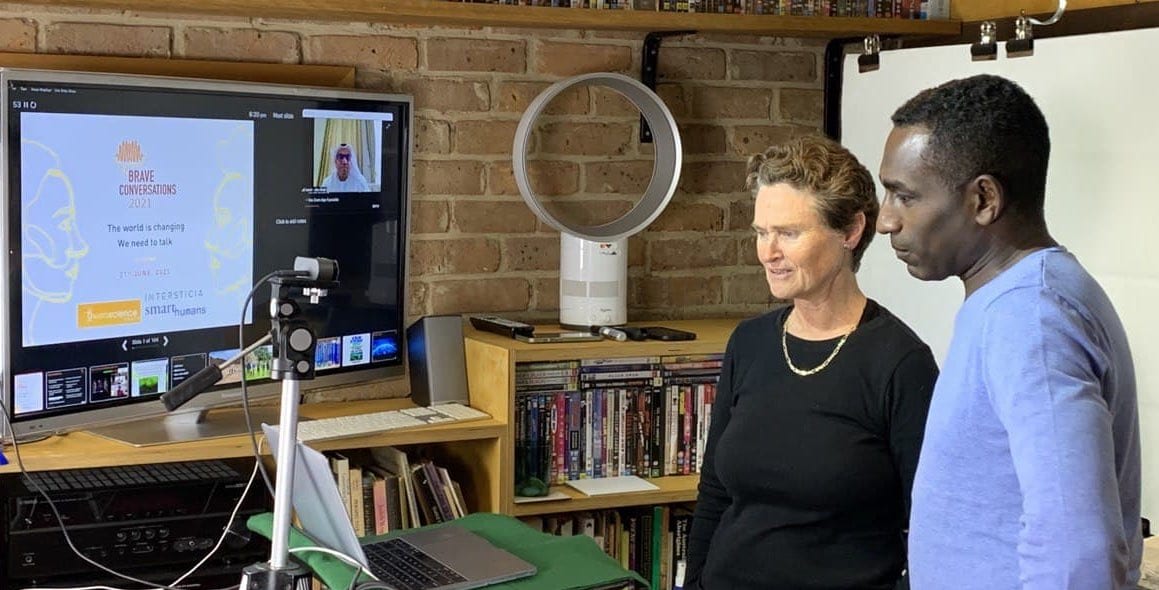 We have just beamed out our latest Brave Conversations event as a part of the 2021 ACM Web Science Conference which has the theme Globalisation, Inclusion and the Web in the Context of COVID.

This is our 16th Brave Conversations event, but the first we have deliberately crafted to be truly global in both it’s reach and it’s intention.  We were joined by a group of people from around the world but particularly the Global South, many who have joined us before, and refreshingly some very welcome new faces and ideas.

The times of Covid

One topic that consistently emerges in all the conversations that I’ve been having is that of how different countries/regions/cities are dealing with the virus, with an example being the emergence of Vaccine Nationalism and Vaccine Envy – politics is never far away from a crisis.  What we are seeing is an overt display of how cultural values manifest even within countries based on local agendae and geographies – a look at how Australia’s two largest cities have responded gives just one example of stark differences.

This Covid Pandemic has brought rich opportunities to learn, especially about how different jurisdictions interact with their citizens via online technologies, and how the influence of Social Media in spreading fear and fueling suspicion are having very real consequences on the management of public health.  Here in Australia the appallingly mishandled rollout of Covid Vaccines accompanied by the power play between State and Federal Governments has led to the country squandering its initial advantage in handling the Virus which has resulted in a repetitive cycle of shutdowns leaving people confused and increasingly running out of trust.

Of all the elements one needs in a crisis Trust is at the top of the list and Governments around the world have sought to harness digital tools all in the name of “keeping the public safe”.  We now take it for granted that we have to check in to cafes and restaurants via a Government approved App, that CCTV cameras will be used to spot fleeting interactions between people in shopping centres and travel of all kinds is being monitored.

The free world doesn’t seem quite so free any more and perhaps what Covid is beginning to teach us is that we should all become far more conscious and aware of the mindsets which we hold and how they help or hinder us as we all collectively begin to co-construct the post-Covid world.

These mindsets are at the core of how we are build our technologies but more importantly how they are being used.

East is East, and West is West and never the twain shall meet.  (Rudyard Kipling)

The West and East are meeting rather a lot these days, and increasingly so.

The most significant impact will be in Asia which has over 50% of the world’s population and is less developed economically so there will be big shifts in this area.  This will result in a shift to more Eastern values based on harmony, peace, and a more multi-cultural heterogenous perspective.

Co-host of Brave Conversations Ibrahim El Badawi and I have been reflecting on this and the more we talk the more we keep referring to the work of Joseph Henrich and his concept of WEIRD – people who are Western, Educated, Industrialised, Rich and Democratic.  As someone brought up in a non-WEIRD culture but who has moved to live in a WEIRD one Ibrahim is a perfect commentator on what he sees as the contrasts drawing on Gert Hofstede’s 6D Model of Culture as one way of framing things.

We drew on this for our Global Brave Conversations and it proved to be rich territory for conversations which compared and contrasted different socio-technical challenges which are emerging.  The inter-relationship between the Web and the World was thrown open and we were thrilled at how open, honest and vulnerable were how prepared everyone was to explore new opportunities and ways of seeing the world around them.

For me this provided a perfect introduction to the 2021 Web Science conference. 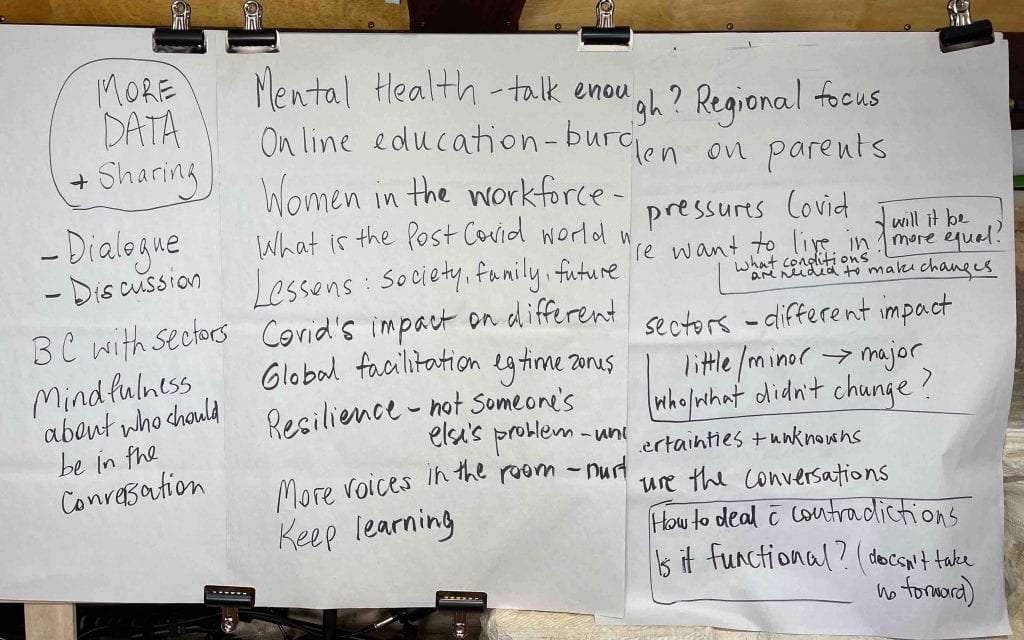 The 2021 Web Science Conference sought to do what Web Science does best:  to reveal, interrogate and explore how the Web and Societies globally interact.  Themes such as algorithmic bias, surveillance and The Future of Web were held, sometimes in dual languages such as Jennifer Zhu Scott’s keynote on Global Digital Infrastructure.

But the theme that I believe was most important is that which focuses on how Governments and systems of Governance are evolving as the Covid catalyst is speeding up the development of the Metaverse, that collective virtual shared space, created by the convergence of virtually enhanced physical reality and physically persistent virtual space, including the sum of all virtual worlds, augmented reality, and the Internet.

This is where the work of Professor Dame Wendy Hall and Dr Kieron O’Hara (see article) is coming in to its own as they describe the Metaverse of Governance which is evolving in to the Four Internets:  Data, Geopolitics and the Governance of Cyberspace. (book coming out shortly).  Having bombarded Wendy and Kieron with articles for the past few years it was a real treat to have the opportunity to explore these ideas in conversation during the Meet the Authors Panel last Wednesday as part of the Conference.

In his introduction to the Four Internets book Internet pioneer Vint Cerf comments that predicting the future is never easy but this is precisely the challenge that is at the heart of Web Science.  Since its inception the Web Science community has sought to research the evolution of online spaces (merging with the physical to become the Metaverse) through the dual lenses of both technical and social disciplines in order to understand their development, and, yes, as much as possible, try to predict what might happen next.  As we increasingly rely on these digitally mediated systems which are becoming the connective tissue with which we run our lives we need Web Science more than ever.

For those of us in the WEIRD world who are already connected our very survival depends on how we study, nurture, maintain and steward the Web and all it defines in to the 21st Century.  Which means that we owe it to everyone else to ensure the systems we’re building are inclusive, fair and beneficial to all mankind.

My thanks to Ibrahim El Badawi and Leanne Fry as my consistent colleagues in this venture, and to all in the Web Science community who are doing this important work. 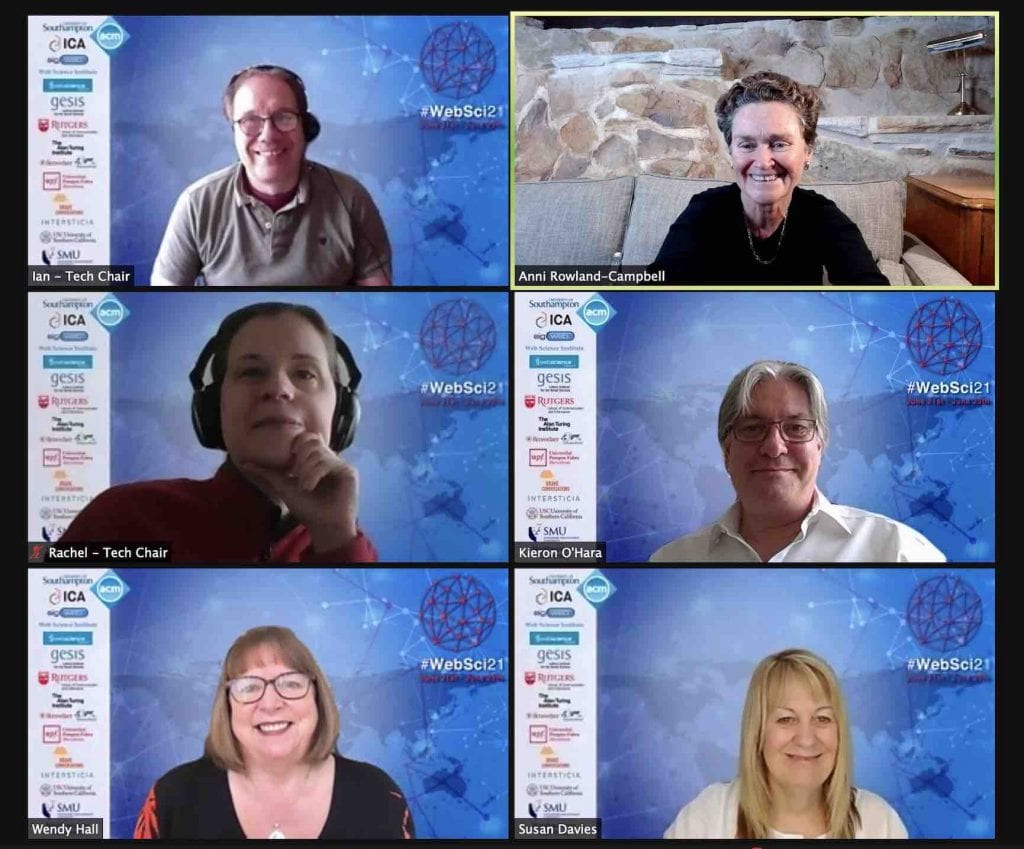