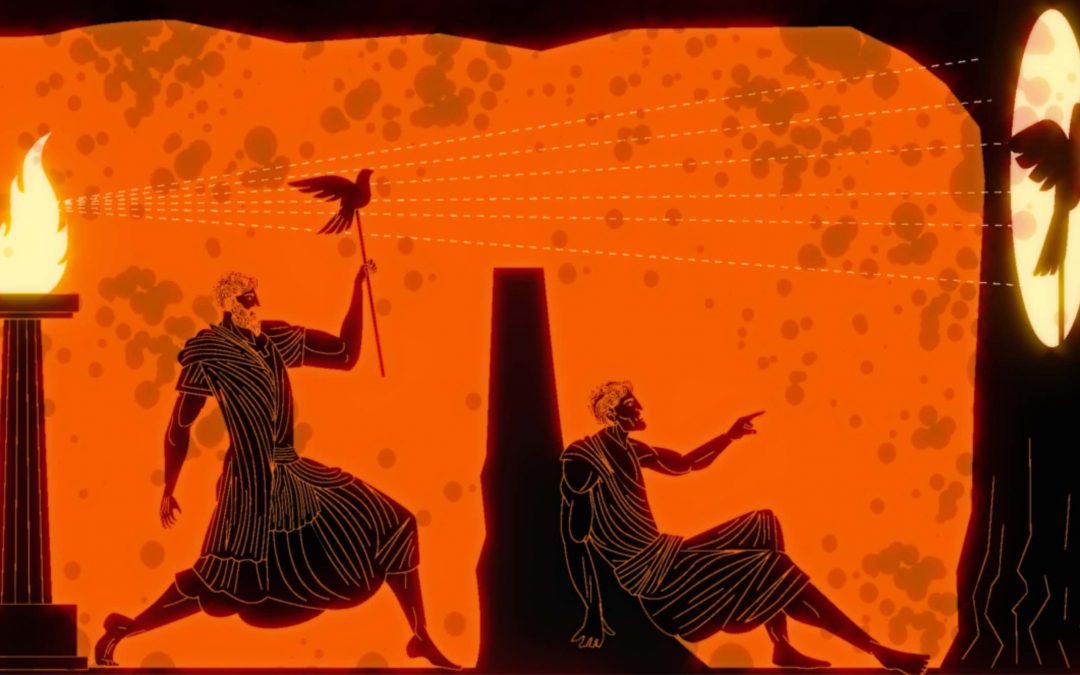 We need a new Leadership for the 21st Century

2020 has shown us that the challenges of the 21st Century are global ones which we all share.  We must learn now how to balance the needs of the ‘me’ with the ‘we’ to collectively change things for the better.

It was just two weeks ago that I was swimming in my favourite pool in North Sydney looking up at the Restaurant above and thinking how incredibly lucky we in Australia have been in 2020, but also having niggling feeling that we are so out of sync with the rest of the world that that luck may well run out.  We have had numerous outbreaks of the Covid 19 virus which have been fairly rapidly squashed and the state of Victoria, and Melbourne in particular, has had a pretty torrid time with the harshest lockdown in the world.  But our lifestyle had begun to bounce back.

Until last week when we had a reality check with the discovery of two mystery Covid cases found in Avalon, a mere 5 km from where I live, which has now spread sending Governments around the country in to panic mode accompanied by a plethora of conspiracy theories.  For those of us living in what is affectionately called the ‘insular Peninsula’ we joined the majority of people on the planet in a locked down Christmas and now New Year.

I don’t envy any of our leaders as they struggle to cope with the rapidly changing situation that the Pandemic presents, not wanting to over-react as the “Festive” season approaches, but as a result creating additional anxiety and frustration with a lack of clear messaging  similar to the first few months of 2o2o when the old world disappeared and the new “Covid” normal began to appear.

For Australia and New Zealand much of the strategy has been to aim for “0” as the optimum Covid number, with the only weak links being returning overseas travellers, diplomats and cabin crew. We have been largely successful and our particular response reflects a blend of our Convict Colony roots combined with the Tyranny of Distance.  We are good at locking people up down here.  But “0” is the most dangerous number and is totally unsustainable.

Governments around the world are now firmly driving the agenda when it comes to responding to the Pandemic, with varying degrees of success.  One way of viewing this is to consider our Governments as Social Machines, huge socio-technical systems that bring together the cultural, political and technical characteristics of polities as expressed through policies, rules and regulations.

Years ago we undertook a research project with the Australian and New Zealand School of Government (ANZSOG) and the Web Science Institute on this very concept (see Government as a Social Machine) exploring the co-evolution of the policy and online communications spaces as Governments embraced digital media.   Professor Dame Wendy Hall and Dr Kieron O’Hara have further developed this idea with their Four Internets describing how geopolitics is splintering the once integrated global online infrastructure determined by “Four ideologies … because they have been adopted by state-level actors with the resources to push their visions, fund the science behind them and, crucially, “sell” them to allies.” (Wendy Hall)

To me this is the contemporary demonstration of Francis Fukuyama’s Origins of Political Order connecting all political action as a manifestation of long cultural histories and value systems.  Now, catapulted by the Pandemic, global Governments are beginning to embrace the next phase of how we govern ourselves with the combination of culture, the polity and technology – the ultimate Social Machine. 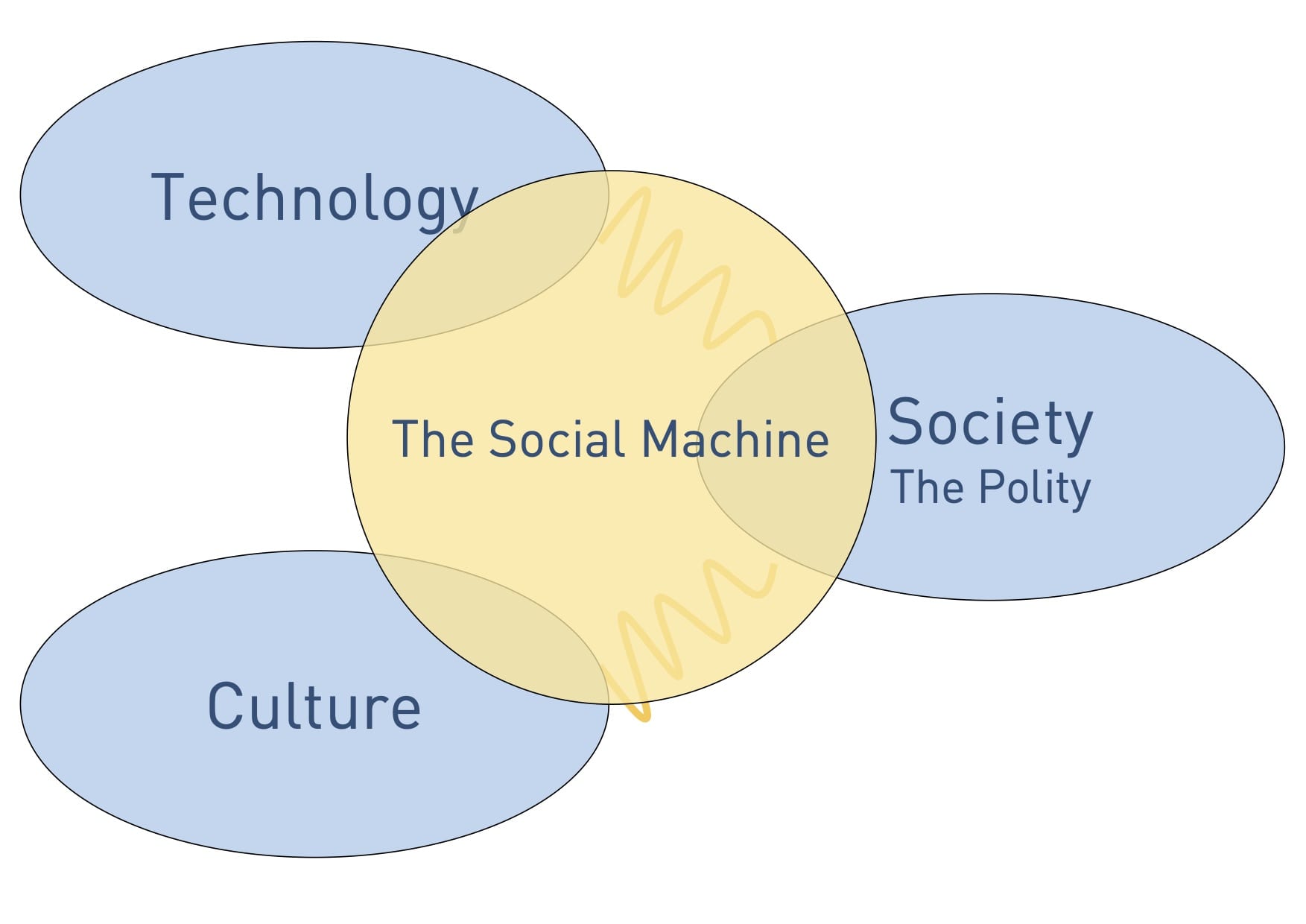 Not long ago the mantra in the public sphere was to ‘wind back’ our bloated, bureaucratic and big governments in order to embrace market forces and be more ‘customer focused’.  I have always felt that calling citizens ‘customers’ was an insult, together with adopting many of the ideas of managerialism where the bottom line trumped actually serving the public.  The pendulum has now swung back to where people are relying on and giving greater trust to their governments to guide us through the Covid-era, and these governments are working feverishly to learn how to utilise the tools of digital information systems to more effectively collect, harvest and analyse data in their fight against the disease.  These twin propellers are, as Yuval Noah Harari states

As Professor Dame Wendy Hall says we now desperately need to create a new social contract between citizens and our Government Social Machines, but, more than that, we need to reframe how we see our leaders and what leadership in the 21st Century needs to  look like as we embrace these global problems.

Up until now the dominant thinking throughout Western societies has been based on “it’s all about Me”, beautifully articulated in the documentary the Century of the Self.  This is a mindset that has caused us to exploit each other and our environment for short term gain.  As we learn how intimately connected we are and how much we depend on that global connection we desperately need a new type of thinking based on our interdependence and this needs to be reflected in the stories we tell.

The power of truth in storytelling

What is most important is to understand that politics and leadership is all about storytelling and how those we choose to serve in positions of power see the world.

Plato’s Allegory of the Cave (see also) tells the story of people imprisoned in a cave watching shadows on a wall which they take to be their reality.  One of their number manages to escape and ventures outside in to the sunshine of the outside and realises that there are different truths to true what is being presented in the Cave.  The escapee returns to the cave but no one of those still trapped inside believes these weird stories about light and sunshine and the natural world.  Plato talks about the role of philosophers and politicians as being those to manage to escape to consider alternative realities and dream of different futures, but all too often the philosophers are ridiculed whilst the politicians use the situation to their own advantage.  The glaring example of this is the use of political spin and manipulation in how election campaigns are run, the Social Media Caves which now provide most people with their news and daily updates, all of which are being filtered by the algorithmic shadows driven by unfettered and unchecked capitalist objectives.

We humans are story telling animals and our very sense of self comes from the stories we are told and what others tell us.  It may well be that the modern day equivalent of huddling around the camp fire is that we now huddle around our computer screens, especially now so many of our interactions are limited to being online.

It is the politicians and philosophers who tell the best stories who have the greatest impact, and now more than ever we need these stories to be about hope for the future.

In this interview with Bill Gates and Rashida Jones Yuval Noah Harari talks about the power of stories and the need for leaders to believe in the stories they tell.  Throughout history these stories have been driven by religious beliefs, playing on deeply held concepts of good and evil which have ensured that those in power keep control of the unruly masses, a theory beautifully expanded upon by Rutger Bregman in his book Human Kind and Rebecca Solnit’s Paradise Built in Hell and further developed by Joseph Henrich in his description of the West and our WEIRD way of thinking.

The Covid Pandemic is not a story, it is all too real, but how each and every one of us responds to it is determined by the stories we hear, how we retell those stories, and how each one of us uses our ability to filter fact from the fiction, recognise our inbuilt biases towards the negative and forge a path towards something more positive and hopeful.

As never before our leaders from all walks of life don’t want to deliver bad news, but they need to deliver real news and deliver it responsibly in a way that validates the trust that has been given to them, not just by their own citizens, but by the global collective.  Just like Climate Change the Virus doesn’t recognise state borders or festive holidays, and it will seep through even the best quarantine systems.

The rollercoaster of the Covid year has left us all with increased levels of anxiety and frustration as we continue on in to the unknown.  For me whilst I am not religious I have found that recognising the difference between what I can and cannot control or change has been what has kept me going.  and what I cannot has been a powerful lens with which to cope, articulated in the Serenity Prayer.

One of the things we can all control is which stories we listen to and which we don’t, and how we choose to interpret them.  A true 21st Century Leader will recognise this and become a master at storytelling, not for personal gain or political expediency, but for engendering hope.