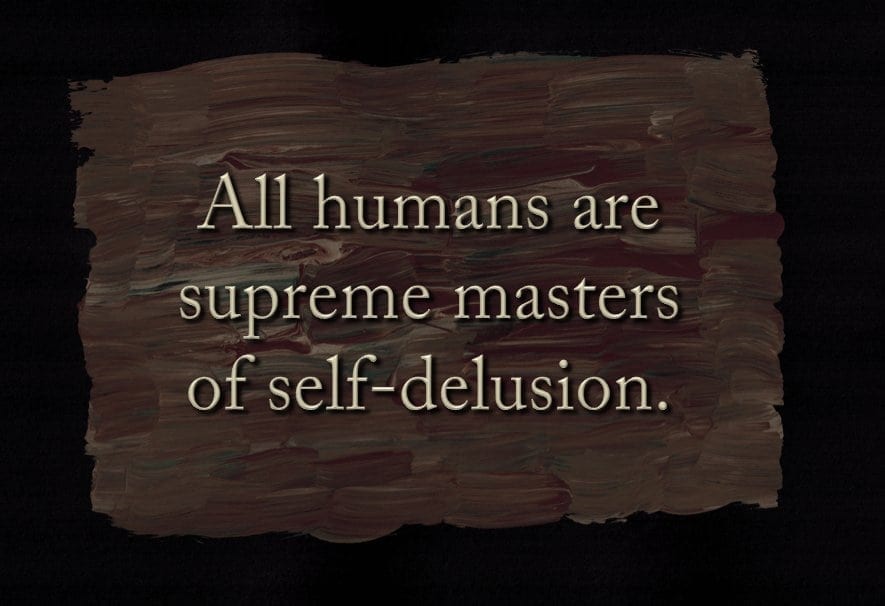 For most of the internet’s young life, the assumption of virtue was built in — it was largely taken for granted that the increased access to data and information, and the increased connection to everything and everybody could only be positive. … And in the political sphere, social media was unquestioned as a force for democracy. … But that idea — that more sophisticated technology necessarily means more social progress — came crashing down in 2017. … The realization wasn’t as abrupt of a wake-up call as it was in the political conversation, but the cultural shift is unmistakable.  The reality of what our technology is doing to us was so inescapable that acknowledging it became a virtual requirement for tech executives wanting to be taken seriously.

Finally, humanity is beginning to wake up to Kranzberg’s First Law that

Technology is neither good nor bad; nor is it neutral.

Human bias, goals, objectives and values are built in to everything that we invent, create and utilise, and no technology has unforeseeable social consequences.

Nowhere has this been better demonstrated than in the current Facebook and Cambridge Analytica saga which has been gradually unf0lding over a number of  years.

Whilst there is currently a deluge of media about the issue of data and privacy, the truth is that this has been the inevitable outcome of many of the digital platforms upon which so much of the 21st Century commercial system relies, and, from a Web Science perspective, what we have predicted from the get go.

For anyone who has read their Azimov the Web is as close to Hari Seldon’s Psychohistory as we have currently got, but this is only just the beginning.

Many are writing and observing this, but my key interest is what does this mean for those who lead in the 21st Century?  And not just companies but governments, social enterprise, and the philanthropic sector.

The current situation for Facebook – and I would suggest many companies who have harnessed and exploited the data supplied by naive users – has largely been facilitated and enabled by the fact that those in leadership positions are very poor leaders.

Good leaders admit mistakes, apologize quickly, show up where they’re needed and show their belief in the company by keeping skin in the game.

As anyone who has heard my rants over the past decade know I have always hated Facebook and the only reason I ever created an account was to ‘lurk’ on my children, which has proven to be useful as a teaching tool for us all.  I have never posted, I have never followed and I have studiously avoided maintaining any correspondence on it, or other platforms such as LinkedIn, where, like Twitter, I maintain a professional and public profile.

Each and every business has a fundamental business model which emanates from the values of its founders.

As the Economist succinctly puts it

Facebook’s business relies on three elements: keeping users glued to their screens, collecting data about their behaviour and convincing advertisers to pay billions of dollars to reach them with targeted ads. The firm has an incentive to promote material that grabs attention and to sell ads to anyone. Its culture melds a ruthless pursuit of profit with a Panglossian and narcissistic belief in its own virtue. Mr Zuckerberg controls the firm’s voting rights. … The episode fits an established pattern of sloppiness towards privacy, tolerance of inaccuracy and reluctance to admit mistakes.

A key part of any leader’s role is in building trust and if Facebook is to survive this is what must be done, but this is just one instance of the crisis that is gradually engulfing all digital media companies who deal in data.

These companies are in many ways industrial age dinosaurs operating in a digitally mediated ecosystem.  They seek to create monopolies and some believe that they should be treated as public utilities and regulated in a similar way.  Certainly the European Union is upping the ante with this.

The challenge for everyone who relies on these platforms in the wake of data breaches etc is that merely shutting down your Facebook account won’t help – they own Instagram and WhatsApp, they are insideous in how they are now woven in to many business systems.

What I have understood from the outset is that these companies’ business models are based on treating their users as commodities, to be harvested, cajoled, taunted, and fed like cattle in a feedlot.  Their role is purely and simply to feed the Social Machine with little regard for the longer term effects of social ramifications.

Their values are all about what benefits Facebook, not about the people who use their services.  As a result the technological environment which has been created is so powerful that people are actually addicted to it, and people are going to find it hard to both do business and conduct their social lives until they find a suitable alternative and one that all of their friends are also using.

What people have done is less about just buying Facebook services, they have actually invested in Facebook through the data and trust they have put in it as a way to keep up with friends, family and or B2C, customers.

So, if we think about this from an investment point of view the relationship between the leadership and the investors is a useful lens with which to view how we treat them.

We cannot expect these companies to behave in any other way than they have because it is how they were created, but there are those out there that do have a Moral Compass and we should seek them out and then support them through our investments of data, trust and time.  The only problem then is that they succumb to greed and are hoovered up by the big guys … but again this comes down to the values of the founders and Board.

I was once advised that when it comes to investing in any organisation one should look at those in leadership positions – the senior management, the Board or Trustees – and what sort of people they are – their histories, what values they espouse, and what they stand for.

This is where leadership comes in, and in my next post I am going to explore my current thinking about leading in the 21st Century and some of the ideas which we are now exploring through Intersticia.